Litter bags and leaves tethered to a frame in a stream in the Atlantic forest, Ilha Grande, Rio de Janeiro. The experiment used bags with different size mesh and frames exposed to different intensities of electricity to study the effects of shrimps and insects on leaf processing. 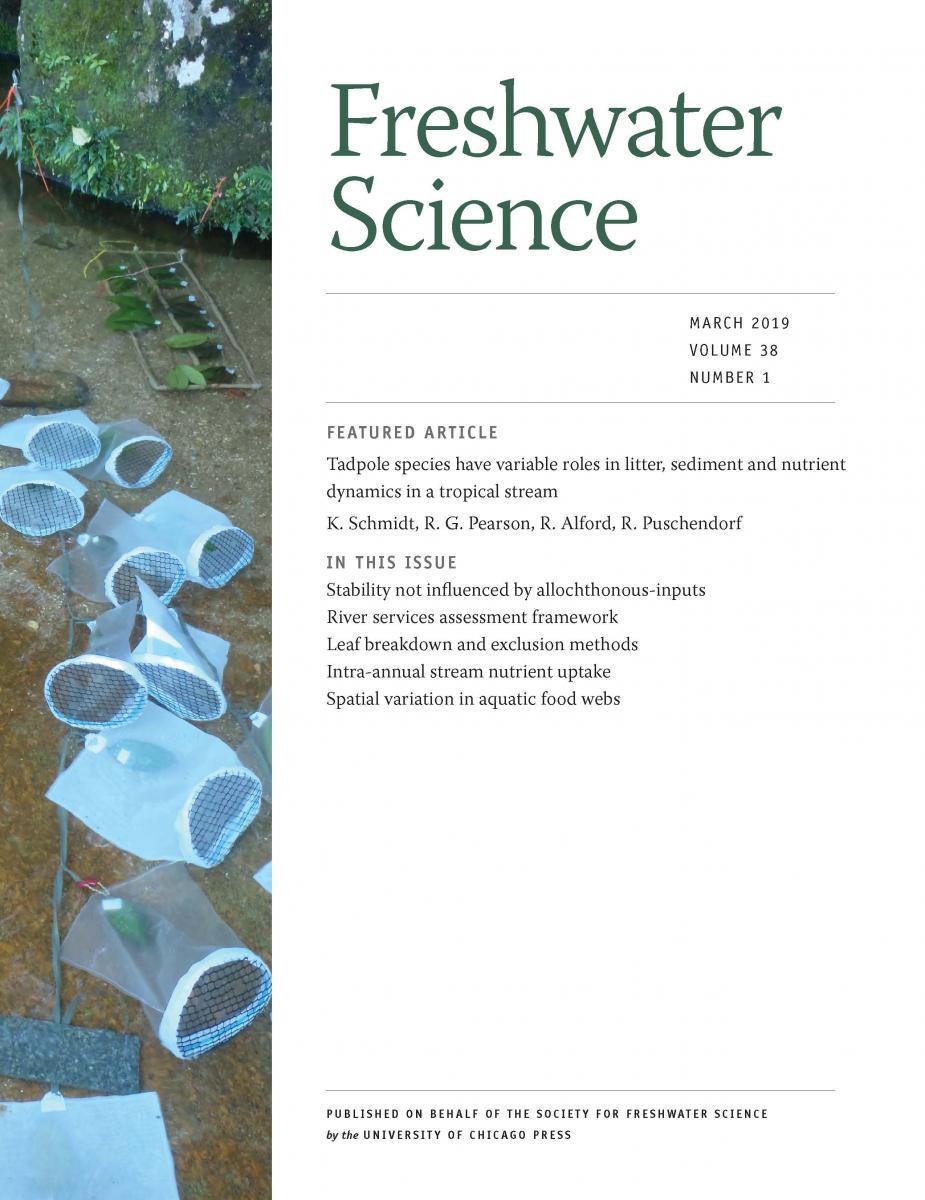