The Society for Freshwater Science is dedicated to promoting diversity among its members and welcomes and encourages participation from all, regardless of ethnicity, sexual orientation, gender identity, socioeconomic status, physical or mental difference, religion, age, or national origin. The SFS is inclusive and accepting of all people and built on tolerance, respect, and a welcoming spirit at all of our activities. We strive to actively promote diversity across all levels of our society including members, leaders, committees, and staff. We value a diverse community and believe it fosters a richer understanding of freshwater ecosystems and conservation of global freshwater resources. Members with questions, comments or concerns about SFS diversity issues are encouraged to raise them with a member of the SFS Education and Diversity Committee.

The JEDI Task Force - approved in June 2020 by the SFS Board of Directors - represents an initiative specifically aimed at breaking down barriers for underrepresented groups in SFS through a set of intentional and clear actions. The Task Force complements the dedicated and long-term work of the SFS Education and Diversity Committee (EDC). The Task Force has an initial timeline of 3 years, at which point the Task Force will dissolve and the initiatives will move under the oversight of the EDC and/or other SFS Committees. In summary, the JEDI Task Force is a supercommittee meant to effect "rapid evolution" in SFS around JEDI issues and to send a clear message that SFS is committed to change through action.

Instars is a mentoring program sponsored by the Society for Freshwater Science for undergraduate students from under-represented groups interested in freshwater science. Instars also provides opportunities for networking among graduate students, faculty, and professionals hoping to encourage diversity in the freshwater discipline.

The Instars Program will sponsor Instars Graduate Mentors by providing a modest stipend ($125-150) for the annual meeting. Mentors will be paired with groups of Instars fellows and serve as facilitators for program activities 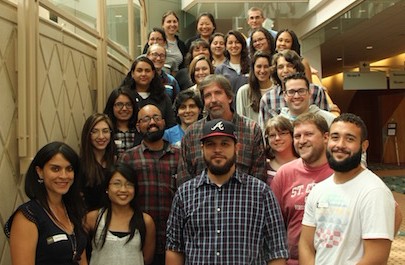 SFS, in collaboration with the Consortium of Aquatic Science Societies (CASS), has participated in SACNAS (National Diversity in STEM Conference) by hosting a CASS exhibit booth during the conference. SACNAS is the largest diversity in STEM conference in the country and the CASS exhibit booth provides us with an opportunity to connect with a broadly diverse and multidisciplinary talent pool that includes over 4,000 students. 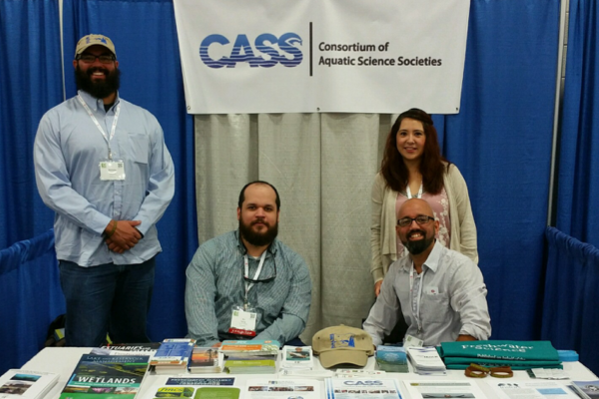