The Early Career Committee (ECC) represents and supports early career scientists within the Society for Freshwater Science (SFS), defined as SFS members within 10 years of receiving their terminal degree. An ad hoc committee was formed in 2016 and conducted a survey to assess the perceptions and needs of early career members within SFS. A PDF link to the SFS-ECC report can be found here.

Membership in ECC is open to all early career SFS members, regardless of employment in academia, government, non-profit, or private sectors. Those with a variety of backgrounds are desirable members, ensuring that the committee best represents and supports SFS early career members. 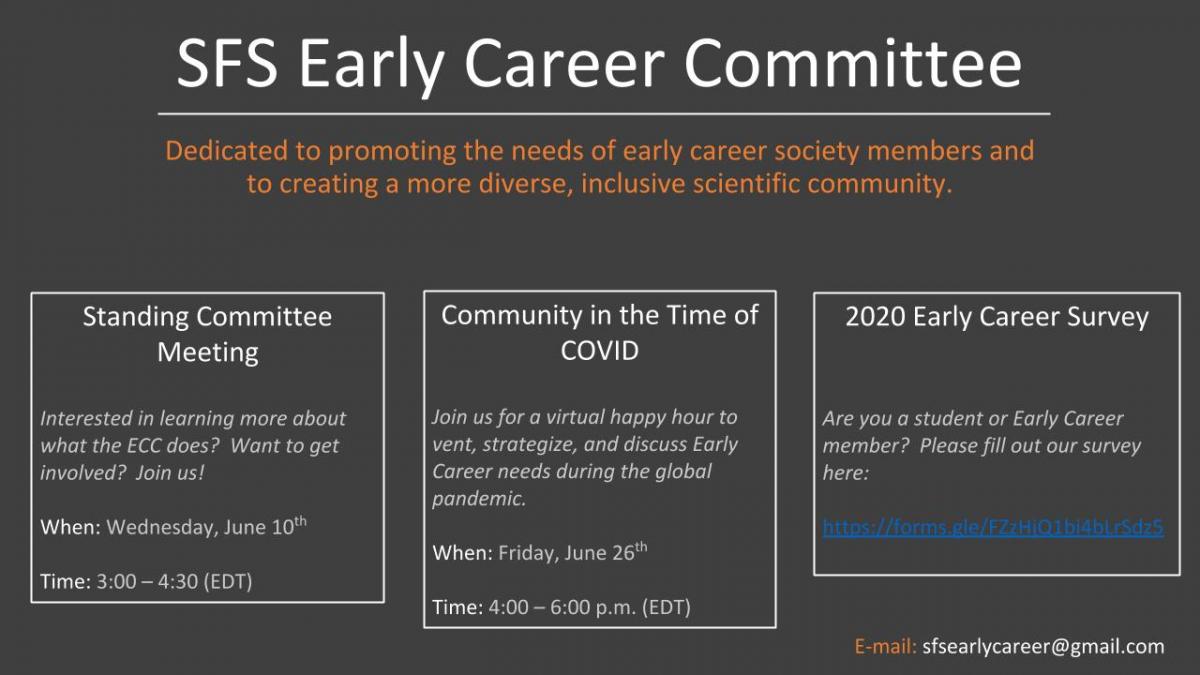 If you are an early career member of SFS and want to become for involved with this committee, or if you want to be kept updated with ECC activities and opportunities, email our current chair, Marc Peipoch (mpeipoch@stroudcenter.org).

If you’re on social media, follow our hashtag! #SFS_EC

For advisors (and useful for students):

EC Outside of Academia