On the Cover: Margaritifera falcata in a reach of the South Fork Eel RIver, Calfornia that runs through the Angela Coast Range Reserve (part of University of California Reserve System). Photograph by Jeanette Howard. 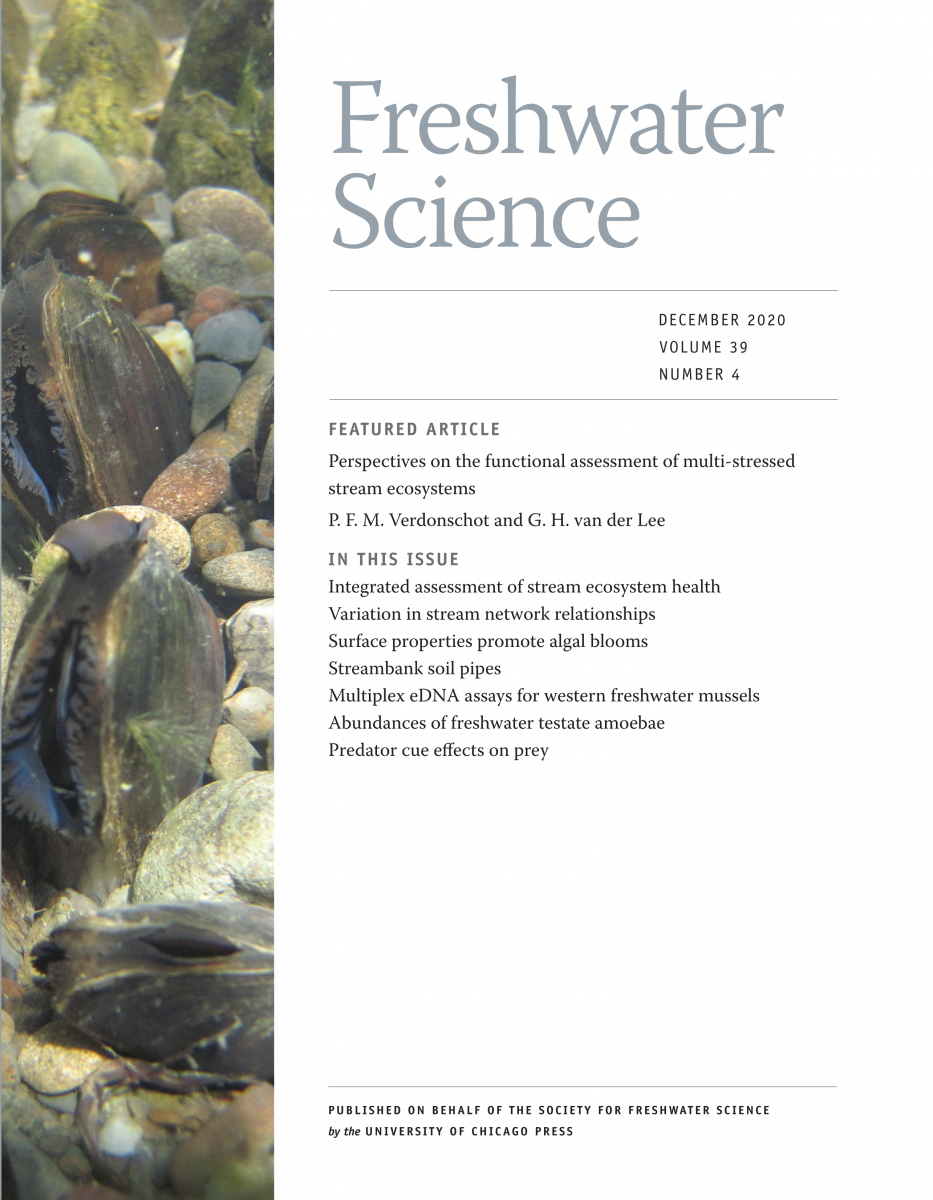