On the Cover: An example of toxic drainage from an abandoned mine chemically fragmenting watersheds and isolating upstream reaches with good water quality. Runoff from abandoned mines has degraded an estimated 11,838 km of stream in the state of Pennsylvania, making it the leading cause of water quality impairment. Illustrated here is the confluence of Piney Creek and the Clarion River. Photo: Andrew Turner. 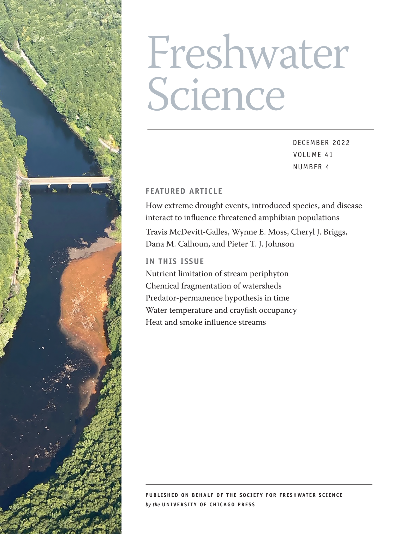