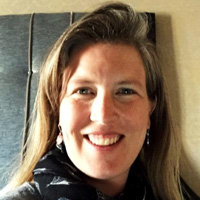 This is a re-post of Emily Bernhardt's essay "Being Kind" that was recently featured in Nature. The original essay, from September 2016, was lost in the recent transition to the new website. Dr. Bernhardt was the president of SFS in 2016. The original post is archived here.

There are two issues that I want to talk with you about in this first essay and I have been struggling to see how they are related. The first is that many of you have written to me over the last few months with your concerns about holding our 2017 meeting in NC in light of our state's decision to pass HB2 (the so called "bathroom law" that aims to treat transgender people as second class citizens). The second is that a couple of our members have reported unpleasant incidents in which a senior scientist said unpleasant or hurtful things to junior members at SFS meetings. A first time attendee ended their first poster presentation experience in tears after being vigorously criticized by a senior scientist. Several female student members were told by a senior scientist that they never hire women because they only get pregnant and drop out of science. I find the HB2 law abhorrent but not unexpected given the unfortunate tenor of politics in my home state, but I find the SFS incidents deplorable and shocking given the culture and objectives of SFS. Our society exists in order to promote great freshwater science and to recruit and retain great freshwater scientists in the discipline.

I am afraid I can do little to fight the political issue (other than vote and protest as an individual citizen) but I hope that as SFS president I can encourage all of us to work much harder to cultivate kindness in our interactions with one another. I was quite inspired by a quote making its way around the twitterverse recently in which a scientist shared a piece of advice they received when they started graduate school, "Everyone here is smart, distinguish yourself by being kind."

What great advice, and how illuminating to realize that indeed, kindness is not widely discussed or recognized as part of our evaluation of self or others. Imagine how different our day to day lives as scientists would be if everyone adopted this mantra of actively trying to be kind. Think of the way grant and paper reviews would be worded differently. Think of the ways the interactions between students and mentors might shift. Think of how we might each slightly change the way we invest our time. As I have repeatedly subjected myself to this thought exercise over the last several months I have come to believe that kindness is key to our longstanding success as a society and that more intentional kindness is crucial for accomplishing our goals of recruiting and retaining a much wider range of freshwater scientists.

I think of moments in my own career that were pivotal. There was the time when Nancy Grimm gently explained my incorrect understanding of nitrification and later the time when she wrote me a lovely note about my first submitted paper. There was the time Pat Mulholland wrote a multi-page email response to my naïve first year grad student question about nutrient releases that cleared up so many issues. There was the time that Josh Schimel sat with me on a bench and helped me brainstorm the puzzling results from a piece of my dissertation work. I could go on for quite a while, but the key component of each of these interactions was that each of these wonderful people were not only smart, they were kind and supportive in the way they shared their intelligence with me. They were not my advisors, they were under no obligation to invest any effort in helping me, but they each had a tremendous impact on my progress through graduate school.

I can think of counterexamples of course. I have been either very lucky or very oblivious and had few unpleasant face to face interactions with other scientists, but I have certainly been subjected to a plentiful helping of unkind remarks through anonymous peer reviews. Perhaps the authors of these remarks were making important intellectual contributions, but I cannot recall them because they were couched in such unkind terms. There have definitely been days (I can think of one in particular in which I had two papers harshly rejected in a single day) when I have given serious consideration to finding another career path. In almost every case that uncertainty about being a scientist has been in reaction to a criticism or harsh comment that felt more personal than professional. Recent reports and surveys would suggest that many budding scientists abandon careers in science because of this "culture of critique".

The many moments of kindness I have experienced in my career act as an essential counterbalance to the near constant barrage of criticism any professional scientist is subjected to. Because we do not talk about it very much and because they aren't documented on paper, I suspect I have failed to place as much value on those moments of kindness as I have on the written insults. I am working on changing this valuation problem. I think we should all be talking about and celebrating one another for our high impact moments of kindness.

In using the word kind I very explicitly do not intend the sometimes synonym nice. As intellectuals struggling to understand the world around us it is vital that we argue, that we hone our understanding through challenging our own views and the views of others. We cannot, and should not, always be nice while intellectually sparring. Yet we can spar while still being kind. We can disagree with a point while respecting the person making it. I hate to think how often I may have strayed across this line â€“ so worked up about an intellectual difference of opinion that I forgot to be kind.

It is easy to convince yourself that we are scientists, that we are logical creatures whose professional interactions are (and should be) devoid of emotion. But of course, because we are scientists, we have to be aware that simply is not true. We each have personal experience of feeling sad or mad as the result of a professional interaction with another scientist. I suspect at one point or another each of us has been told we need to toughen up or have thicker skin to hold up in this career.

It is also appealing to imagine that we, as cold logicians, are able to separate our opinions about a person's ideas from our opinions about a person's appearance. But for most of us, that simply is not true. We can read the scientific evidence for ourselves that conclusively demonstrates evidence that we all act and make decisions that are affected by implicit bias. We know (because other scientists have studied us) that as a community we are more likely to hire the applicant and give the big grant money to the scientist with the Anglo male name. We would be wise to suspect that our opinion of a talk or a conversation is very much colored by what we know about the other person's age, race, gender or sexual orientation.

We can counteract this unfortunate, and shared, tendency to discount the opinions of people unlike ourselves by being kind to everyone that we encounter. When we have the opportunity to share scientific ideas with someone who looks or acts differently from ourselves, we should be especially intentional in our kindness. Recognizing that differences in the colors of our skin and the tenor and accents of our voices may be sending interfering signals, we should flex our empathy muscles in order to truly see one another's ideas.

So for the good of science and the scientists that make it happen let's all choose to rack up acts of intentional scientific kindness. Let's work on recognizing them when they happen and being grateful for them. I can think of no better goal for a scientific society than to make its members individually and cumulatively feel more accepted and happier in the work that we do. Let us resolve to do more intentionally what SFS is already famous for, be a warm, welcoming home for freshwater scientists that love what they do and love telling each other about it. I propose an unofficial and aspirational motto for our upcoming meeting "Everyone here is smart and kind".