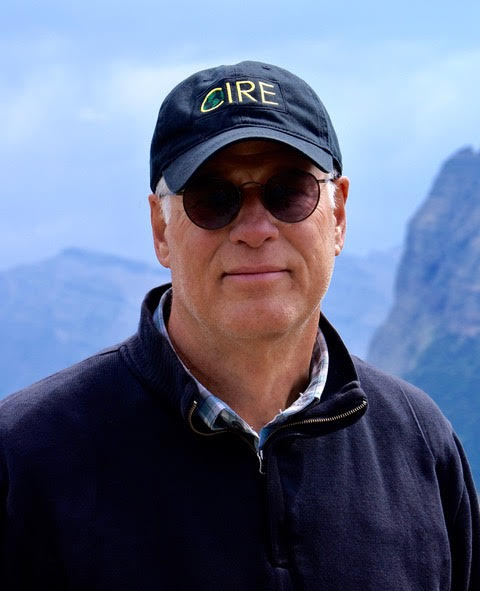 Dr. F. Richard Hauer is a Distinguished Scholar at the University of Montana and Professor Emeritus at Flathead Lake Biological Station (FLBS), where he taught stream ecology for over 30 years and held the FLBS Stream Ecology endowed chair. He received his BS and MS degrees from Michigan State University and PhD in stream ecology from the University of North Texas. He was founding Director of both UM’s Systems Ecology graduate program and the statewide, inter-university Institute on Ecosystems. His research has encompassed the broad interdisciplinary field of systems ecology with emphasis on stream invertebrate distributions along bio-physical gradients, stream responses to climate change in mountain landscapes, and the ecological relationships and hydrogeomorphic processes of gravel-bed river floodplains and wetlands. He has over 100 publications in international journals such as Science, Science Advances, BioScience and of course, SFS’s Freshwater Science. He is co-Editor of the book Methods in Stream Ecology, now in its third edition. 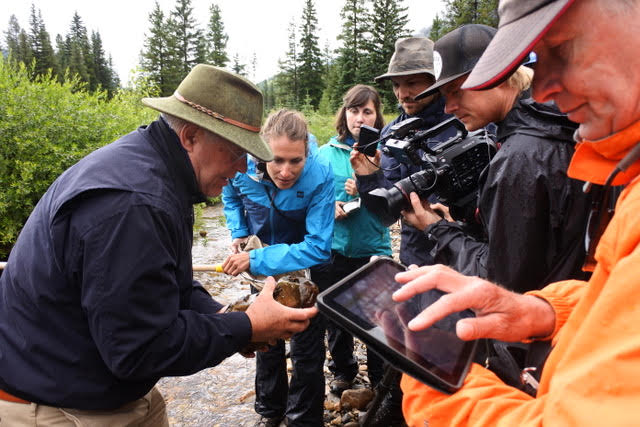 Ric and film crew sharing in the fascination of freshwater science. 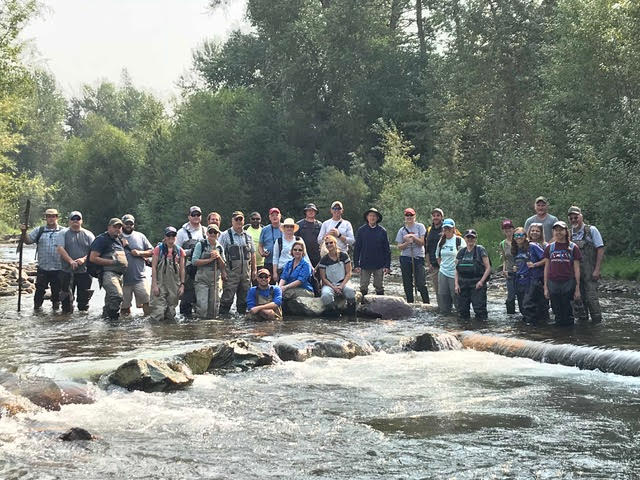 Transferring freshwater science directly to policy managers and practitioners is an important part of what we do. Ric and “students” from a US Army Corps of Engineers’ stream ecology course, which he has been teaching for over 20 years. Here standing at a stream “restoration” site.

When I was asked to write a letter to the SFS students one of the first things I did was toread the letters of Fellows from previous years.  My first thought for you is that you readthese other letters. There, for example, you will read about the importance of a robustapproach to science (Stuart Fisher), the importance of insightful inference (JackStanford), the importance of engaging your science with the needs of our planet andhuman society (Judy Meyer), and the vitality and joy that comes from a balancebetween a passion for work and a passion for your personal life (Vince Resh).  Eachletter is full of sound advice for both your work life and your personal life.

Isaac Newton wrote, "If I have seen further it is by standing on the shoulders of Giants."I have had the very good fortune in my career to have had some of the giants in streamecology as mentors and colleagues.  My first discovery, during my PhD dissertationresearch, was that of hydropsychid distributions responding to river discontinuitiescaused by a hypolimnion release dam. But, I would not have had a right context for thisresearch without the River Continuum Concept as a foundation. My second thought foryou is that you become a scholar of the foundational papers of ecology, broadly, and offreshwater science, specifically. This will take time and effort, but will serve you verywell in your research and is absolutely vital for you to be able to put your science intoproper context and to be impactful.

We are likely to agree that disciplines such as geology, geomorphology, fluid hydraulics,hydrology, nutrient dynamics, microbial biology, invertebrate zoology, and fish biologyare embodied in freshwater science. However, freshwaters, especially streams, riversand their wetlands are often the most important features for Nature across entirelandscapes. Thus, my third thought for you is that while you are doing your highlyfocused research, look up and look around. Take in the wonder of it all. Embrace thebreadth of freshwater science. And, always put your science in a broader context.

It is not a unique thought that ecosystem science is a “team sport.” But, this axiom is sotrue that I reiterate it here.  Freshwater science is, by its very nature, a highlyinterdisciplinary science. But, the development of understanding goes far beyond simplybringing together an amalgamation of scientists representing various disciplines.  This iswhere the development of colleagues and deep professional relationships become vitally important. I would venture that a very substantial number of the great ideasemerging over the past 30 years in freshwater science have their origin “over a beer.”So, my final thought for you is to develop deep professional friendships that broadenyour horizons, are intellectually challenging, and are just plain fun.