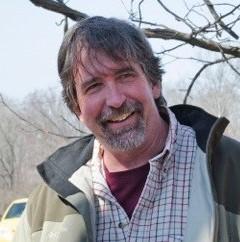 Matt Whiles is currently Chair of the Soil and Water Sciences Department at the University of Florida.  Before moving to UF, he was a Professor at Southern Illinois University (SIU), where he directed the Center for Ecology and the Cooperative Wildlife Research Laboratory. Matt began his career as an undergraduate “bug picker” with the Konza Prairie Long-Term Ecological Research (LTER) program. He received his graduate degrees from the University of Georgia, working on headwater streams at the Coweeta LTER site. At SIU, he built a freshwater ecology research program that has produced 33 graduate students and over 130 scientific papers. Matt is also co-author of one of the leading textbooks on freshwater ecology. Matt’s research focuses on quantifying the roles of animals in freshwater ecosystem function.  He has led numerous large, collaborative projects, including the Tropical Amphibian Declines in Streams (TADS) project examining the ecological consequences of amphibian declines. He has worked closely with agencies and NGOs on stream and wetland management and restoration, and served on numerous panels guiding management of freshwater habitats. 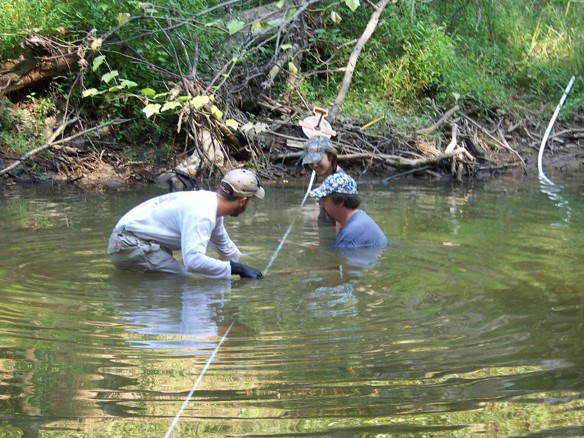 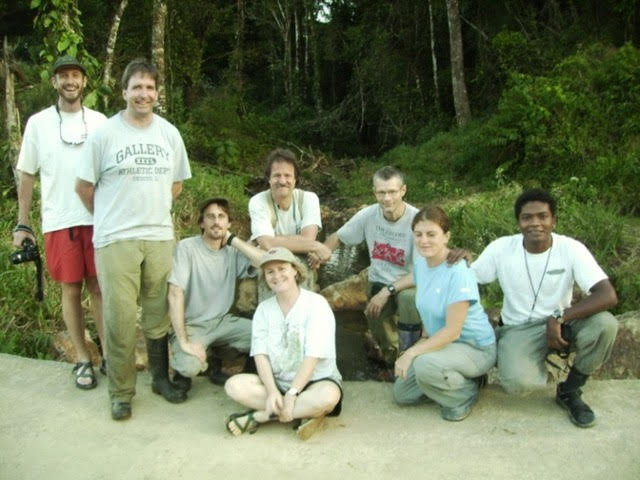 The Tropical Amphibian Declines in Streams (TADS) project 15N release group at Rio Maria near El Valle de Anton, Panama'. From left to right: R. Hall, M. Whiles, S. Connelly, A. Huryn, C. Pringle, P. Vierburg, H. Ross, E. Griffith. Photo by W. K. Dodds. This group did a LINX style 15N release in the stream in 2008 before a chytrid fungus disease wave hit the region, and then another release in 2010 after the amphibian decline had occurred.