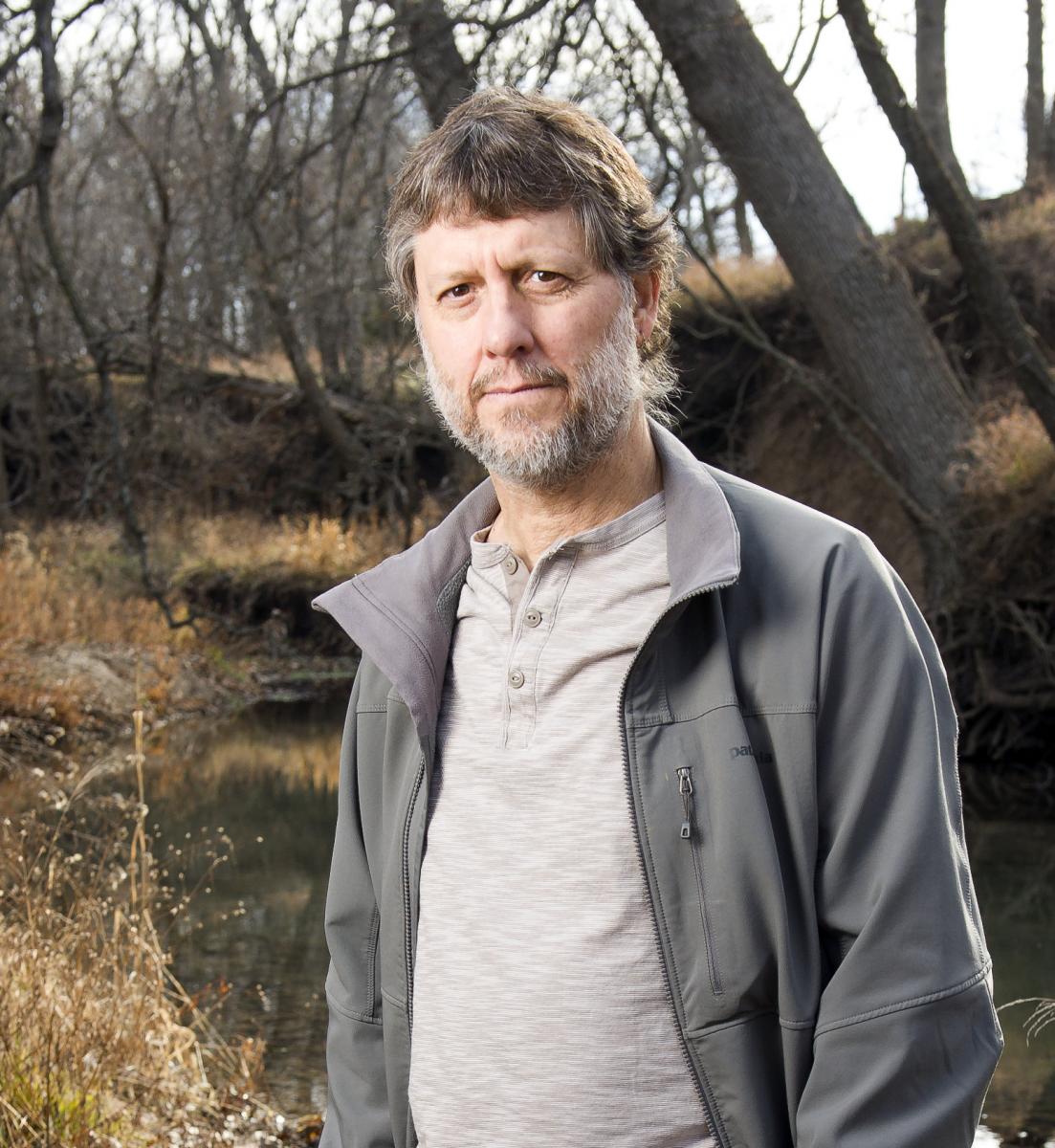 Dr. Walter K. Dodds, the 2017 recipient of the SFS Award of Excellence, has a distinguished career in ecology that has produced applied and basic information in stream ecology and beyond. Walter has made substantial research contributions in areas including nutrient cycling in streams and other aquatic environments, understanding trophic state of streams as linked to nutrients, establishing baseline nutrient levels, management of stream eutrophication, expanding understanding of grassland streams, and establishing a conceptual basis for predicting characteristics of streams across biome gradients. He has also authored numerous books including a leading text on freshwater ecology, an exploration of general laws and prediction in ecology, and a non-technical exploration of human impacts on the global environment. Walter received a PhD in biology from the University of Oregon working on a cyanobacterium in a cold spring. From there, he took a postdoctoral position researching nitrogen and phosphorus dynamics in Flathead Lake. He then received a postdoctoral fellowship from the National Science Foundation to work on facilitative interactions among Cladophora, its epiphtyes, and grazers at Montana State University. In 1990, he took a position at Kansas State University, where he is currently a University Distinguished Professor in Biology. So far he has mentored 28 undergraduate, 11 Masters, 10 PhD. students and 8 Postdoctoral researchers. He has published over 160 peer-reviewed publications and received international, national, state and local grant funding. He has been involved with the Konza Prairie Long Term Ecological Research program as an investigator and co-PI since arriving in Kansas. Walter has been an active participant in several influential collaborative efforts including the Lotic Intersite Nitrogen eXperiment [LINX] I and II, the effort that established the National Ecological Observatory Network (NEON) aquatic site design for streams, the Scale Consumers and Lotic Ecosystem Rates (SCALER) project developed to understand how ecological processes scale in streams, and the Brazil primary/ secondary production stream team. Walter provided central background science and guidance to efforts to establish nutrient criteria in streams of the United States and he currently is expanding that work to Brazil. In addition, Walter has worked internationally with colleagues in New Zealand, Denmark, Switzerland, Spain, and Panama.