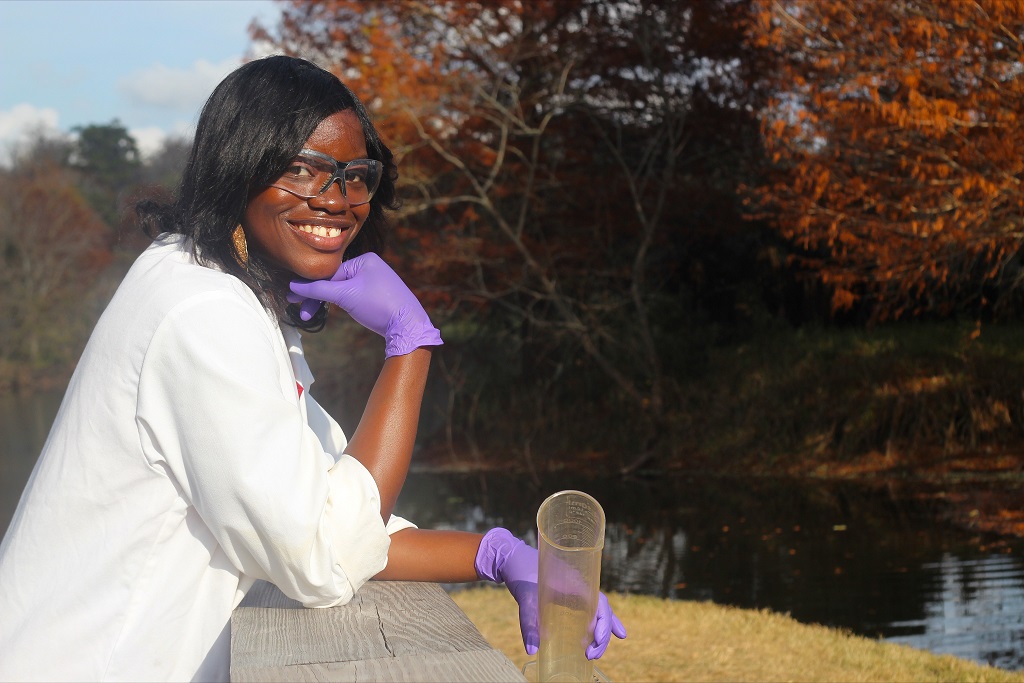 Dr. Zanethia Barnett has broad interests in aquatic ecology, with a special interest in the ecology and trophic dynamics of crayfishes, including assemblage changes due to altered environmental conditions and their overall effects on aquatic ecosystems. Her current research seeks to understand the effects of disturbance on aquatic ecosystems and to decipher mechanisms contributing to the structure of aquatic communities and genetic populations. She eloquently pairs her research with strong service to both SFS and the US Forest Service, including her dedication and passion to advance equity, inclusion, and diversity in freshwater science.

Currently, Zanethia is a Research Fisheries Biologist at the USDA Forest Service Southern Research Station in Oxford, Mississippi. Zanethia received her PhD in Biological Sciences (2019) from the University of Mississippi under the guidance of Dr. Clifford Ochs. Previously, she earned her MSc from the University of Florida in Interdisciplinary Ecology (2012) with Dr. Thomas Frazer. Zanethia represents the Southern Research Station (SRS) on both the interagency Upper Mississippi River Aquatic Invasive Species Panel and the Forest Service Dive Safety Team and is a member of the Southern Research Leadership Development Committee. In addition to her involvement in the award-winning Get Black Outside youth snorkeling program, Zanethia is a member of the SFS Justice, Equity, Diversity and Inclusion Task Force and serves as a co-lead for SFS’s Council of Underrepresented Voices.

Zanethia’s Hynes Award-winning publication, “Crayfish populations genetically fragmented in streams impounded for 36-104 years” (Freshwater Biology 2020) was the first paper to assess the effects of relatively large dams on crayfish population genetic structure. Barnett and colleagues found that impoundments fragmented stream crayfish populations, and even abundant crayfish species with comparatively large ranges and high levels of genetic diversity are likely at risk. As her nomination letter states, “As with most studies that break new ground as this one did, it also raised new questions that provide a clear path for follow-up research. For example, understanding of the relationship between impoundment age, size, and management on stream community structure is clearly lacking”. Complementing this work, Barnett and Adams recently published a review of the effects of dams on crayfishes, further highlighting the need to understand and quantify the impacts of dams on crayfish as one of the most imperiled aquatic taxa. Zanethia’s role in realizing this research was exceptional, leading the effort from start to finish including conceptualization, funding, fieldwork, lab and data analysis, and manuscript writing.

Through her outstanding science, leadership, and service, Dr. Barnett embodies the mission of SFS and the spirit of the Hynes Award.

The Hynes Award for New Investigators is awarded to a freshwater scientist who was senior author of an outstanding primary publication that appeared in print in the last 3 years. The recipient must have received a terminal post-graduate degree within the last five years and cannot currently be enrolled in a degree program.