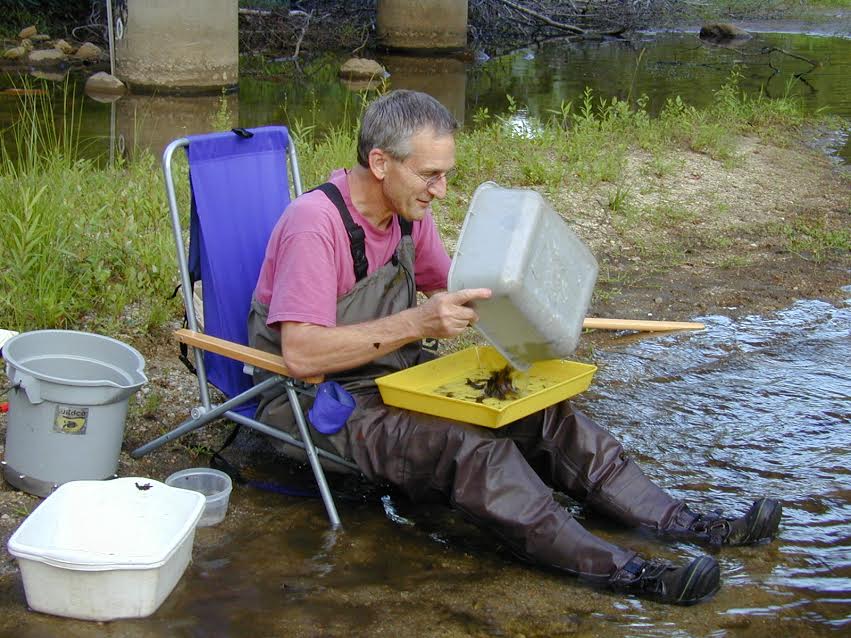 Just about one year ago we lost one of our best. Dave enjoyed a distinguished career as a stream ecologist with the North Carolina Division of Water Quality and after retirement, worked as a private consultant. The list of his accomplishments were exceptional and his knowledge of North Carolina's streams and their fauna extraordinary. Dave was an early and strong advocate of the use of the insect orders Ephemeroptera, Plecoptera and Trichoptera as indicators of stream health and promoted its use as a tool in the Rapid Bioassessment Protocols developed by the EPA. Dave not only became a leader in the bioassessment movement in the southeastern U.S., but also nationally by helping to define numeric and narrative water quality standards and monitoring excellence. He authored/coauthored 66 scholarly papers which have been cited more than 3,000 times. Papers included diverse topics such as the establishment of a biotic index in NC, a list of tolerance values for aquatic insects in NC and the effects of land use on water quality and aquatic biota.

Dave was a distinguished, long-standing member of our society and enjoyed attending the conferences and the comradery our society offers. He had a keen sense of taxonomic diversity and assisted in the descriptions of several new insect taxa; Haploperal fleeki, Perlesta bjostadi and Perlesta georgiae (honoring his wife) and non-insects including work with Oligochaeta and crayfish. He was honored for his zeal of collecting and taxonomy by colleagues naming several patronyms; Maccaffertium lenati, Alloperla lenati and Isoperla lenati. The 2017 Environmental Stewardship award permanently recognizes his many contributions to our science.